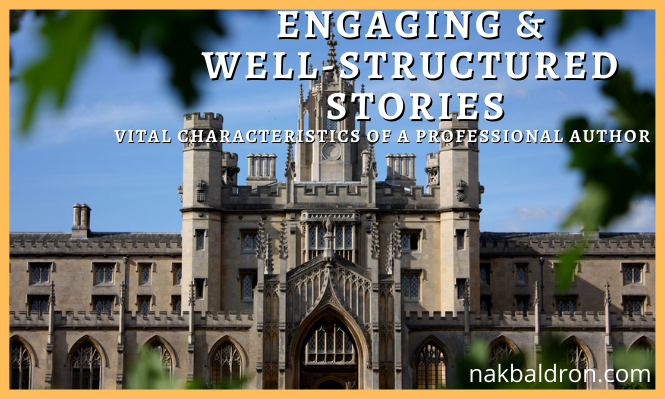 Crafting engaging and well-structured stories is an essential aspect of being a professional author. A good story should have a clear and compelling plot, interesting and well-developed characters, and a sense of conflict or tension that keeps readers engaged and invested in the outcome.

Crafting a good story involves a combination of imagination, creativity, and structure. It is important to have a clear idea of where the story is going and how it will get there, while also leaving room for unexpected twists and turns. A well-structured story should have a beginning, middle, and end, with each part serving a specific purpose and contributing to the overall arc of the story.

A well-structured beginning to a story serves several important purposes. It should introduce the main characters and setting, establish the tone and genre of the story, and provide enough background information to help readers understand what is happening and why. It should also introduce the main conflict or problem that the story will be centered around, and establish the stakes and consequences of this conflict.

A good beginning should also be engaging and hook the reader’s attention, drawing them into the story and making them want to keep reading. This can be achieved through the use of strong opening lines or scenes, vivid descriptions, and intriguing plot twists or conflicts.

The beginning of a story should also establish the overall structure and direction of the story, setting the stage for the events that will unfold. This can be achieved through the use of foreshadowing or hints about what is to come, as well as by establishing the themes and underlying messages of the story.

Overall, the beginning of a story is crucial in establishing the foundation for the rest of the story and hooking the reader’s attention. It should be well-structured and carefully crafted to set the stage for the events to come.

The middle of a story, also known as the rising action, is where the main conflict or problem is developed and the stakes are raised. It is a crucial part of the story, as it should keep the reader engaged and invested in the outcome.

In a well-structured middle, the main characters should face challenges and obstacles that test their abilities and resolve. These challenges should be connected to the main conflict of the story and should help to build tension and suspense. The middle of the story should also reveal more about the characters and their motivations, and should develop the relationships and interactions between them.

In addition to advancing the plot, the middle of a story should also establish and explore the themes and underlying messages of the story. This can be done through the use of symbolism, imagery, and other literary devices.

Overall, the middle of a story is a crucial part of the narrative arc, and should be well-structured and carefully crafted to keep the reader engaged and invested in the outcome. It should develop the main conflict and characters, and establish the themes and underlying messages of the story.

The end of a story, also known as the resolution or denouement, is where the main conflict or problem is resolved and the story comes to a close. A well-structured end should bring a sense of closure and resolution to the story, while also leaving some element of uncertainty or open-endedness to allow for interpretation and reflection by the reader.

In a well-structured end, the main characters should have the opportunity to confront and overcome their challenges, and the resolution of the main conflict should feel satisfying and earned. The end of the story should also tie up any loose ends and provide answers to any outstanding questions.

The end of a story should also provide a sense of resolution and closure for the themes and underlying messages of the story. This can be achieved through the use of imagery, symbolism, and other literary devices.

Overall, the end of a story is a crucial part of the narrative arc, and should be well-structured and carefully crafted to provide a satisfying and meaningful resolution to the story. It should bring the main conflict and characters to a satisfying conclusion, while also leaving room for interpretation and reflection by the reader.

Developing compelling characters is an essential part of crafting a good story. Characters should be believable, relatable, and have depth and complexity. They should have their own motivations, desires, and flaws that are meaningful and impactful for the story.

Relationships between the characters should be established to add tension and conflict to the narrative. Furthermore, characters should reflect the values and themes of the story, and should remain consistent throughout in terms of their actions and behavior. For example, if a character has a strong moral compass in one scene, it should remain intact in other scenes as well.

By creating memorable characters that are distinctive yet believable, readers can become invested in the story and identify with them on an emotional level. When done properly, characters can become iconic, timeless, and a mainstay in the reader’s imagination.

1. Harry Potter – This beloved character, created by J.K. Rowling, has become one of the most iconic characters of all time. He is courageous, determined, and loyal, and his story of rising from humble beginnings to become a hero has resonated with readers around the world.

3. Katniss Everdeen – The heroine of The Hunger Games series by Suzanne Collins is a strong female lead who is determined to protect those she loves no matter the cost. Her courage in the face of danger and her unwavering commitment to her cause have inspired many readers.

4. Bilbo Baggins – This beloved hobbit from J.R.R Tolkien‘s The Hobbit is an unlikely hero who embarks on a daring quest to save his people from a dragon‘s wrath. His courage and selflessness have made him a popular character among readers of all ages.

5. Frodo Baggins – Frodo Baggins is another hobbit from J.R.R Tolkien‘s Lord of the Rings trilogy who is willing to risk life and limb to destroy an evil power trying to conquer Middle–earth. His perseverance and dedication are traits that many readers admire.

6. Dumbledore – Albus Dumbledore is headmaster at Hogwarts in J.K Rowling‘s Harry Potter series and serves as a mentor and wise adviser to Harry Potter throughout his journey. His wisdom, kindness, and strength of character make him an unforgettable character in the eyes of many readers.

7. James Bond – The suave British spy created by Ian Fleming has been thrilling readers since 1953 with his daring exploits and lethal efficiency as he battles against evil forces around the world in order to protect the innocent.

8. Indiana Jones – This adventurous archeologist created by George Lucas is always ready for an adventure, whether it be searching for ancient artifacts or battling against dangerous villains. His resourcefulness and courage make him a beloved character among readers.

9. Batman – This mysterious vigilante created by Bob Kane and Bill Finger has been a mainstay in comic books and movies since 1939. His dark and brooding personality, as well as his unwavering commitment to justice, have made him an iconic character that many readers relate to.

10. Hermione Granger – The bright witch from J.K Rowling‘s Harry Potter series is a strong female character who is a loyal friend to Harry Potter and an invaluable asset in the fight against evil. Her intelligence, bravery, and determination make her an unforgettable character in the eyes of many readers.

Overall, crafting engaging and well-structured stories requires a combination of creativity and discipline, as well as the ability to balance these two elements effectively. It is an essential part of being a professional author, and requires continual practice and development to master.

This has been one of the best books on writing I’ve ever read, and I recommend it to every writer I meet.

“WHAT IS THE STORY GRID?

The Story Grid is a tool developed by editor Shawn Coyne to analyze stories and provide helpful editorial comments. It’s like a CT Scan that takes a photo of the global story and tells the editor or writer what is working, what is not, and what must be done to make what works better and fix what’s not. The Story Grid breaks down the component parts of stories to identify the problems. And finding the problems in a story is almost as difficult as the writing of the story itself (maybe even more difficult.)

The Story Grid is a tool with many applications:

Foolscap for The Silence of the Lambs:

Become a member of Aconite Café’s Writer Tribe Patreon and join an exclusive Discord community where you can connect with like-minded writers and take your craft to the next level. Every week, I host a voice chat where I present a thought-provoking topic and answer your questions to help you deepen your understanding and improve your marketing and writing skills.

Don’t miss out on this opportunity to be part of a supportive and dynamic writing community – join today and start reaching your full potential as a writer! 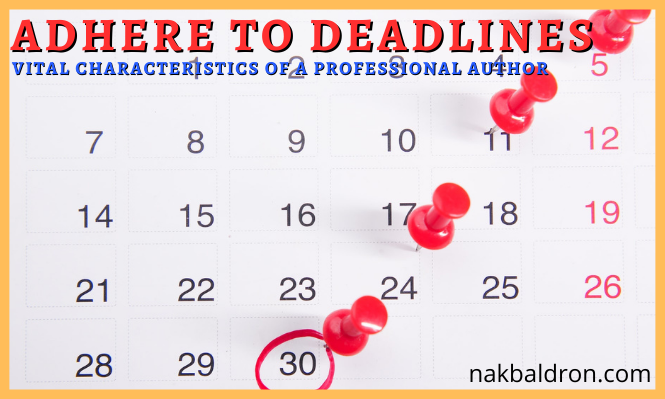 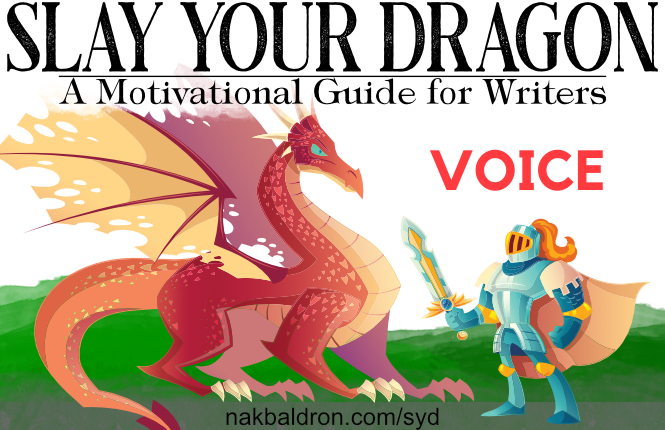 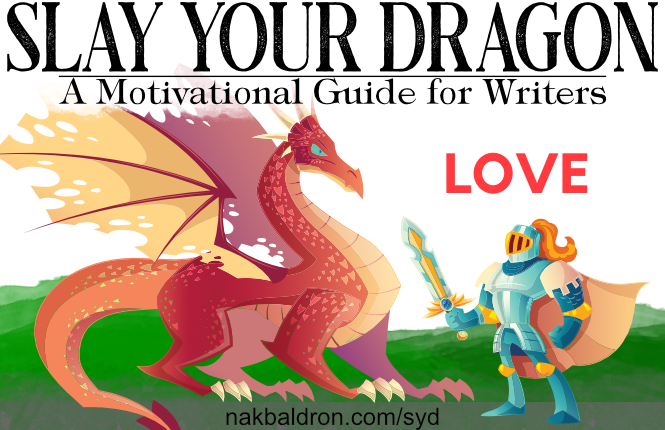